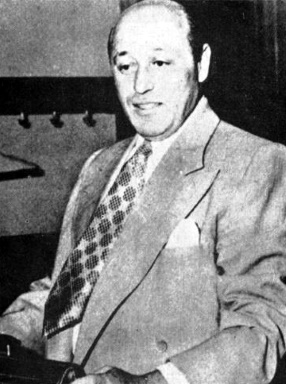 Joseph “Doc” Stacher (né Gdale Oistaczer)* was a New Jersey-based Mobster who made his foray into organized crime with Benjamin “Bugsy” Siegel and Meyer Lansky’s Bugs and Meyer Mob in Manhattan, N.Y. and then with Abner “Longie” Zwillman’s Third Ward Gang in Newark, N.J.

Eventually, he teamed up with local Mobsters, including Zwillman and Lansky, in various gambling businesses inside and outside of the United States. We briefly describe some of them.

The East European immigrant, Zwillman and New York Mobster Frank “The Prime Minister” Costello were partners with New Yorker Frank Erickson in a hugely successful bookmaking operation during the 1930s and 1940s, thanks to Erickson’s mathematical acumen. At one point, the large enterprise boasted as many as 600 locations and 3,000 unofficial staff members throughout the U.S. 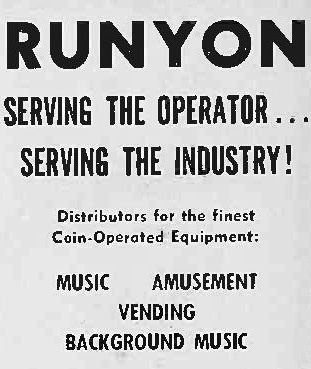 Stacher ran the Arrowhead Inn, an illegal Saratoga Springs carpet joint, which he and lifelong friend Lansky owned and at times had additional owners, including Joe Adonis, associated with the Genovese crime family, and Jersey Mobster James “Piggy” Lynch. The lake house closed in 1949.

After making the move versus before, as required by Silver State law, Stacher sought a gambling license from the state and the city. He boasted that if he ran into trouble getting those, he simply would pay what he needed to, up to $250,000 ($2.7 million today). to make it happen. Regardless, the Nevada Tax Commission denied him the requisite license, and, thus, he had to forfeit his Bank Club stake.

Stacher and Lansky also focused on Las Vegas. There, along with Costello, the two provided the capital for construction of the Sands Hotel and Casino, which debuted in 1952. Behind the scenes, Stacher ran the gambling there while someone else, Texas gambler Jake Freedman for one, was the front. Also on behalf of Lansky, Stacher allegedly was involved, too, with the casino at the Fremont, which opened in 1956. 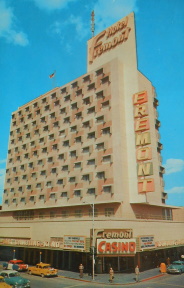 During the 1940s when gambling was legal in Cuba, Stacher ran various casinos there for Lansky. Part of his duties included getting payola to then President Fulgencio Batista. Stacher also allegedly had a hand in ensuring the success of Lansky’s casinos in Haiti and the Bahamas.

“Ultimately, he would become one of Lansky’s most valuable aides in the control of international casino gambling,” wrote Hank Messick in the biography Lansky.