Who To Believe In The Wild West 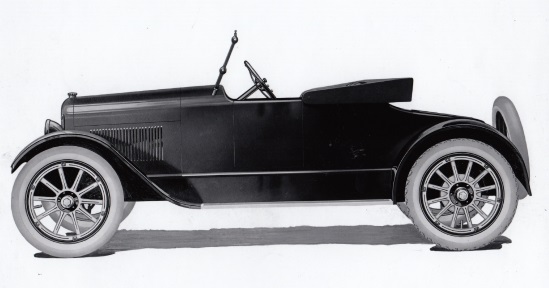 Some shady business went down between Felix Turillas, Sr., who owned Reno’s Espanol hotel and who went on to own several Northern Nevada casinos, and two men, Joe Musso and Joe Stropin.

According to Turillas, the men, whose names he didn’t know, offered to sell him an Elgin Six, or “The Car of the Hour,” for $1,750, and he expressed interest in buying it. He offered a check, but they demanded cash. He withdrew the money from the bank and met the two for a driving demonstration of the car.

After they tooled beyond the city, they persuaded him to get out of the roadster while they repaired a made-up problem with it.

One of the duo aimed a pistol at Turillas and instructed him to hand over the money and walk away. Turillas did, and the alleged perpetrators drove off. The alleged victim immediately reported the incident to the sheriff’s office.

About three days later, law enforcement officers found Musso and Stropin in Ely with $1,700 and the Elgin Six. They arrested and returned them to Reno, where they were charged with robbery.

Musso and Stropin’s story, as told to a judge and jury, was they hadn’t robbed Turillas. Rather, they’d sold him a 50-gallon barrel of liquor at $35 per gallon. (Keep in mind, this just after Prohibition started, and despite the ban, liquor flowed freely in Reno due to Mob protection.) And they’d diluted it with 15 gallons of water, which presumably angered and led Turillas to file a false lawsuit against them. The defendants claimed Turillas had given them the keg to fill, which their attorney offered as an exhibit, and had done so five times before.

Who would you have believed?

The jury deadlocked, with eleven for acquittal and one for conviction. Therefore, the judge dismissed the charges against Musso and Stropin.