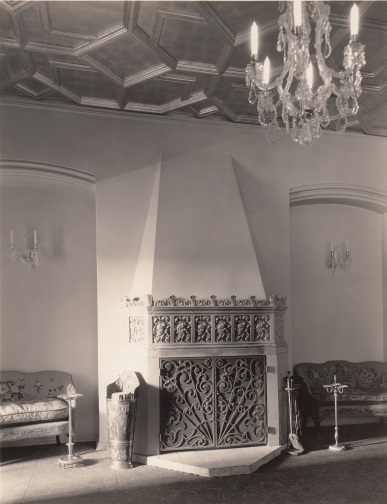 With a gambling license from the city of Gardena (in Los Angeles County), he opened a poker room there in 1936 — the Embassy Club. It was the first above-ground establishment of its kind since The Golden State’s anti-gambling legislation had been enacted in 1860. Players, who competed against each other, not the house, each rented a seat for $1 ($17 today) and chips — which is how the business made money.

Primm viewed the enterprise as legal given the existing state and local gambling laws. California’s Anti-Gambling Act banned all banking* and percentage** games involving cards, dice or any other devices, along with 11 specific games. Non-banking poker wasn’t excluded.

Unlike Primm, law enforcement officials viewed even non-banking poker as illegal. Captain George “Ironman” Contreras, head of the Los Angeles County Sheriff’s vice squad, for instance, believed the commercialization of the game was wrong despite no regulations against it.

“I don’t object to draw poker in private homes, but I feel it is improper in clubs where the proprietors charge a fee for the tables,” he said (Los Angeles Times, Nov. 7, 1938).

Round One: Is Poker Legal?
A year after the Embassy Club debuted, four men — three players and one employee — were arrested, charged with illegal gambling and taken to trial. It resulted in California Attorney General Ulysses Webb, in 1938, reaffirming the Supreme Court decision from 41 years earlier that gambling doesn’t violate the state’s laws unless there’s a house percentage or banker for the games.

The judge acquitted all of the defendants due to insufficient evidence based on Webb’s ruling. Primm kept operating his establishment, and other similar clubs sprang up in the county.

Round Two: Another Test Case
Yet, despite his own ruling, Webb pursued closure of these poker palaces with the help of Southern California law enforcement groups.

In November 1938, Webb ordered the shuttering of card rooms in Gardena, Hawthorne, Redondo Beach, Ocean Park and Long Beach — all in Los Angeles County. Many closed willingly. Sheriff’s squads stormed those that didn’t (Primm’s Embassy and two Hawthorne clubs), seized their equipment and padlocked the doors.

“Capt. Contreras said yesterday’s raids should result in a test case to determine if draw poker is legal in California. He said owners will have to seek Superior Court writs to regain their paraphernalia,” reported the Los Angeles Times (Nov. 7, 1938).

Another trial ensued, which involved Primm and other operators, who were victorious. The judge acquitted them and mandated their gambling equipment be returned.

Round Three: A Different Tack
Webb and his supporters, though, persisted in their anti-poker efforts. They next sought legal closure of the clubs for being public nuisances, targeting the Embassy Club for the precedent. Primm and his co-owners again were prohibited from conducting gambling on the property until the court ruling. At that hearing, the judge ruled on Webb’s side, determining the clubs met the definition of public nuisances and, thus, were subject to abatement proceedings.

“A house which is open to the public as a gaming house at which large numbers of persons congregate for the purpose of betting on a game is a public nuisance even though the game itself might be innocent and harmless,” he said (Los Angeles Times, Feb. 3, 1939).

He issued permanent injunctions against all of the poker parlors in Gardena and Hawthorne, forcing them to halt all activity. This remained in effect for two years.

Total Knockout: Poker Allowed
In the interim, Primm and his co-owners of Gardena’s Monterey Club filed an appeal, which the State District  Court of Appeals heard in 1941. The jurists determined that non-banking poker was legal!

“Neither playing draw poker or maintaining a place where it is played being an offense, it follows that the city of Gardena was authorized to license and regulate the operations of such pastime within its corporate limits,” Associate Justice Thomas P. White wrote in the opinion (Los Angeles Times, Nov. 29, 1941).

“Gambling is neither unlawful per se or a public nuisance per se in California. Playing at any game, even for money, is not in itself an offense at common law. The offense, if any, must be created by statute, and can only be punished as the statute directs,” White explained.

Finally allowed to operate hassle free, card clubs in Los Angeles County thrived for decades, particularly those in Gardena, which evolved into California’s mecca for such gambling between the 1940s and 1970s. At one point, more revenue from these clubs went to that city than any other in California, and its poker version called Gardena jackpots is named after the locale, where it was hugely popular during the same period.

*Banking games = those in which bets are placed against a house, bank or dealer
**Percentage games = banking games with relatively disproportionate odds