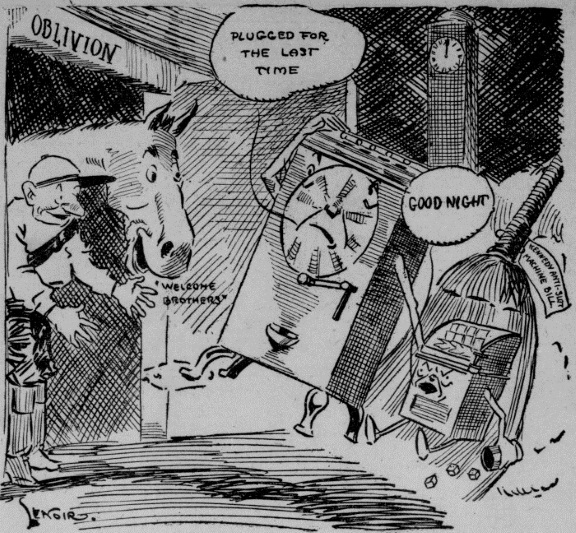 At midnight on June 19, a ban on slot machines took effect in Sacramento, California. The new law made it a misdemeanor to have the devices in one’s possession or on one’s property.

The machines were collected from cigar stands and saloons and removed in wagons to be sent to a locale where they were legal (not Nevada, as it had abolished gambling in 1909).

Cartoon from The Sacramento Union, June 20, 1911: “Another Gambling Device Passes On” by Lenoir