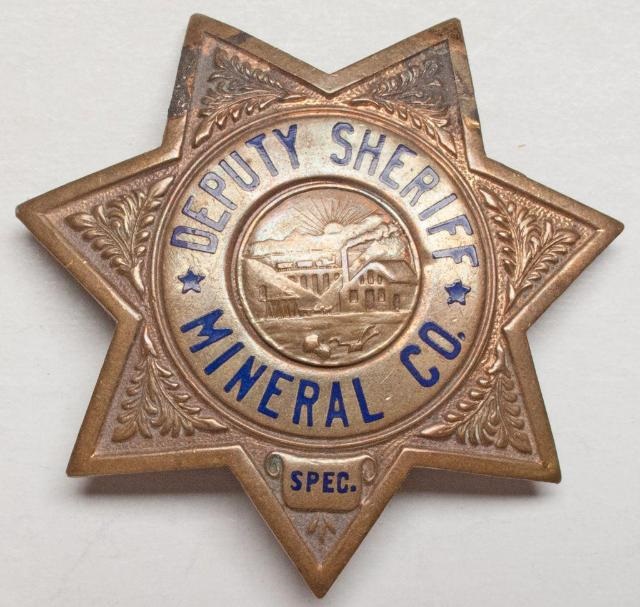 Two deputy sheriffs in the mining camp of Rawhide, Nevada,* were on the take. For a regularly paid fee, they allowed establishments to operate legal games without a license and/or run banned ones as well.

Sometimes they allowed gambling houses that paid heavy license fees on some games to conduct others without paying for a license. The lawmen squeezed these monies from the operators and the saloon owners where such activities occurred.

One proprietor who benefitted from the arrangement was George “Tex” Rickard, owner of The Northern. He paid $760 per quarter for licenses for most of the games in his club. However, he offered other games, both unlawful (stud poker and poker) and lawful (panguingue), without the required legal papers.

This grafting had taken place since Rawhide’s beginning in December 1906, when a prospector discovered a rich gold-silver deposit nearby.

When the Reno newspaper exposed the scheme in early 1908, the state police investigated, discovering “one of the greatest systems of graft ever perpetrated in this state,” noted the Reno Evening Gazette (April 11, 1908). When they learned Rickard refused to obtain the licenses to square with the gaming law, they threatened him with arrest.

The Legal Fallout
Within days, Rickard and his partner were taken to jail and charged with running gambling without licenses.

Two weeks passed before consequences from the graft probe’s findings played out. The district attorney ordered state police officers to collect gambling license fees from Rickard (whose case had been dismissed in the interim) and others operating similarly. The allegedly guilty Rawhide deputy sheriffs were fired and indicted on extortion charges.

*The town was about 55 miles southeast of Fallon and 35 miles northeast of Hawthorne.