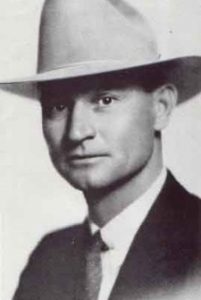 Within a year of becoming the Maricopa County Attorney, John W. Corbin began work to expose the illegal gambling taking place in the Arizona region. He set his sights on busting the game operators and the public officials taking money to ignore their activities.

“Gambling houses have been running on a wide-open basis, and slot machines are being operated, unmolested, in some 700 to 1,000 spots in Maricopa County. Gambling interests pay an estimated $35,000 a month [cumulatively] to a score of persons for being ‘left alone,'” Corbin told the press (The Madera Tribune, Nov. 18, 1937). (That total amounts to about $597,000 today.)

To investigate and obtain evidence, County Attorney Corbin pretended, with public officials, that he was agreeable to and complicit in the gambler protection operation. He sought assistance from two men: George Ash, county attorney investigator, and John G. Handy, Los Angeles-based private investigator. Beginning in September 1937, Handy posed as a “John Wilson,” a middle man between the county attorney’s office and the gamblers (the game owners or operators); he was the person to contact and to pay.

Recording of Transgressions
Handy met with and collected $3,000 ($51,000 today) from gamblers during October and November. All of the transactions were recorded via then cutting-edge equipment: a Dictaphone system that could capture audio through a wall and microphones. Handy initially worked out of a dwelling at 130 W. Adams Street in Phoenix but later moved his setup to a room in the 16-story Hotel Westward Ho at Central Avenue and Fillmore Street.

Also recorded was a conversation between Handy and Sheriff Merrill that occurred in the 1325½ W. Monroe Street apartment, Corbin having introduced Handy to Merrill as his contact. Merrill, who’d declared his anti-gambling stance during his 1936 campaign and after getting elected in ’37, discussed plans for collecting money from gamblers and named some potential targets who were slot machine operators. Merrill also said Deputy Northroup handled collecting throughout the county for the sheriff’s office.

Northroup was captured on tape telling Handy about having arranged with a specific gambling establishment owner a $1,000 a month payment to the sheriff’s office and suggested the county attorney’s office also collect the same amount.

“So dangerous did the probe become that Corbin, Wilmer, Ash and Mullen transcribed their evidence, had a number of copies made, and placed them for safekeeping in bank vaults in a number of cities between Phoenix and Chicago, it was learned,” reported the Arizona Republic (Nov. 19, 1937). (Mark Wilmer, county special prosecutor, and Ted Mullen, county investigator, also were involved in conducting the probe.) 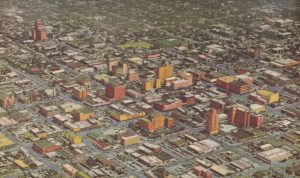 Lawsuits, Trials, Outcomes
In November, County Attorney Corbin filed criminal complaints against 28 people, including Merrill, Westfall and Northroup, and arrests and raids were carried out. All were charged with the felonies of asking a bribe, offering a bribe and/or conspiracy to carry on gambling games.

The complaint against Judge Westfall alleged that he’d implored Corbin not to pursue criminal proceedings against the defendants who’d been operating lotteries and related devices.

By May of 1938, Corbin and Wilmer had prosecuted eight trials in the countywide gambling crackdown. Two of them were against Sheriff Merrill, who was acquitted both times. Four others resulted in hung juries. Defendants — gamblers — were found guilty in only two.

The following month, Corbin asked for and was granted dismissal of all but one of the remaining felony cases because his office believed the chance of any convictions, based on results to date, was “very remote,” he said (Arizona Republic, June 12, 1938). The charges against Justice Westfall and Sheriff’s Deputy Northroup were among those dropped.

“I want it understood I’m not quitting,” Corbin added. “I say the gambling and graft war will continue in spite of dismissal of the cases.”