The Big Bertha introduced in the 1960s wasn’t a circus lady or a German howitzer; it was a made-in-Nevada slot machine that became iconic.

Named for its size, the three-reel device stood 5 to 6 feet tall and weighed about 700 pounds. Along with its ample dimensions, the potential $1,000 (about $7,800 today) jackpot attracted players. One pull of the jumbo lever cost $1 ($8 today).

The chances of hitting a jackpot on Big Bertha were terrible, estimated at 1 in 15 billion. But some players did win.

Beating the Odds
Here are five such cases reported by various newspapers, from oldest to most recent:

5) $473,645 (1981, August): Norman and Barbara Mabie “decided to play the slot machine Wednesday after rejecting two other alternatives for the day, shopping and sunbathing,” reported the Orange County Register (Aug. 6, 1981). At Harolds Club in Reno, Barbara inserted the dollars into Big Bertha, and Norman pulled the handle. Eighty-four dollars later, the two won $473,645.

Redd: Bigger is Better
By 1972, more than 85 Big Berthas were in operation throughout The Silver State. These devices originally were designed and made by Currency Gaming Devices Inc. (later Bally Distributing Company), the enterprise of Dick Graves (of Sparks Nugget Lodge fame). Subsequently, the company SIRCOMA, which stood for Si Redd’s Coin Machines, Redd being the owner, spent $100,000 to $150,000 (roughly $586,000 to $880,000 today) on developing an even larger Big Bertha, which he dubbed Super Bertha. 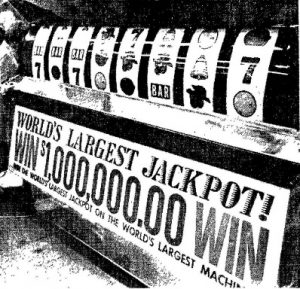 At 6 feet tall, 10 feet wide and 5 feet deep, Super Bertha was recorded in the 1973 Guinness World Records book as the largest slot machine. It contained eight reels and a 5-horsepower motor.

This device required $10 ($55) minimum for the potential $1 million ($5.5 million today) jackpot. However, it accommodated bets as low as $1 for lower payoffs. Odds for winning the million were an estimated 1 in 25 billion.

Super Bertha first appeared in 1973 in Caesars Palace and the Four Queens Casino — both in Las Vegas, Nevada. 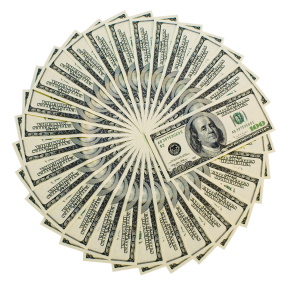