Quick Fact – Gambling on the Oscars 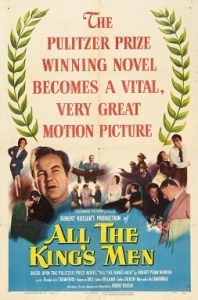 For Hollywood’s Academy Awards, Las Vegas, Nevada casinos offered even money on All The King’s Men, the favorite for Best Movie. The other nominees and their odds were Battleground, 5 to 2; The Heiress, 9 to 2; and Twelve O’Clock High, 10 to 1.

In fact, Sin City had it right; the Oscar for Best Movie went to All The King’s Men, a story loosely based on the career of Huey Long, former Louisiana governor who, for one, allowed mobsters to run illegal gambling freely in the state in exchange for payoffs. (A remake of the film came out in 2006.)