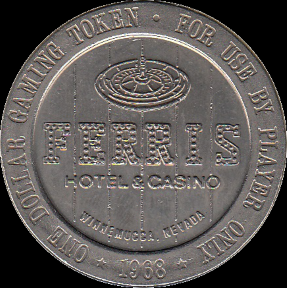 The City of Winnemucca in Nevada had an ordinance that prohibited women from working in a casino in which they had some ownership. Bea Hawkins, who with her husband Don, owned the Ferris Hotel and Casino,* asked the city council members to amend the ordinance on the grounds it was unconstitutional. They refused.

She defied the law and worked for three days at the Ferris, at which time the council shut down her casino and didn’t renew her gambling license.

She threatened to sue the governing body.

It’s unclear how, but the parties came to this agreement: The council would reinstate her permit but she had to stop tending bar and dealing cards at the Ferris.