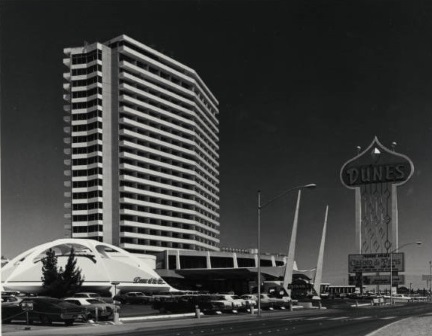 The Dunes in Las Vegas, Nevada switched from writing off unpaid IOUs to claiming them as income, allegedly to keep Internal Revenue Service agents from harassing its customers — asking guests in the hotel if they paid what they owed.

On its fiscal 1965 income tax return, the hotel-casino reported as income $1.3 million (about $7.2 million today) in markers it considered not collectible.