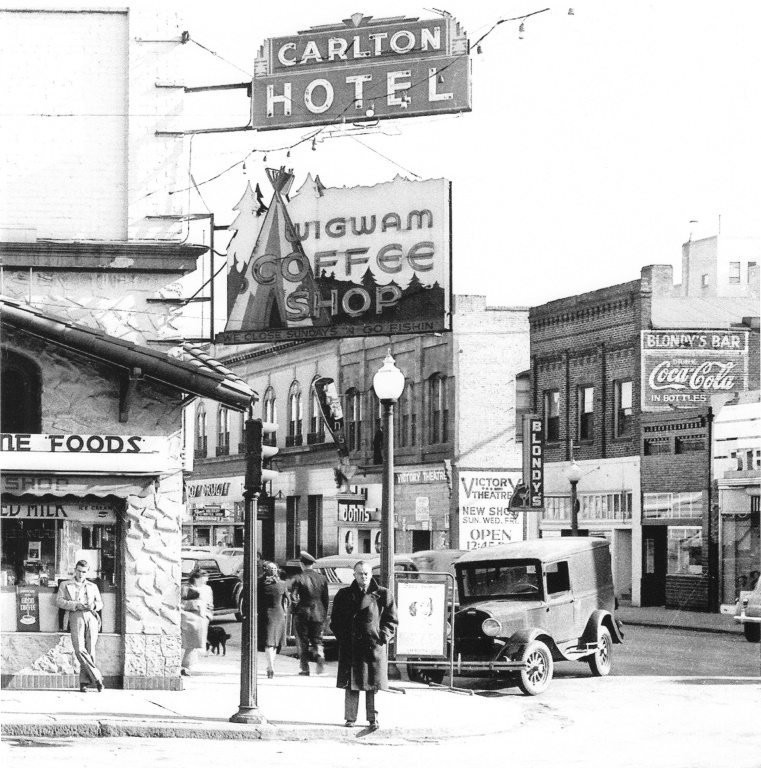 When police arrived at the alley behind the Carlton Bar in Reno just after midnight on May 16, 1946, they found an unconscious man lying on the ground, covered in blood. An American Legion ambulance rushed him to Washoe General Hospital, where a medical team worked to save his life. Their efforts unsuccessful, though, and the physician there pronounced Joseph Vaughn Spratt dead at 1:15 a.m.

Spratt, in his early 30s, a World War II veteran and pharmacy student in Denver, Colorado, was in the “Biggest Little City” with a handful of schoolmates to take the Nevada Board of Pharmacy exam. With the test behind them, the group went to the Carlton Bar that fateful night, for music, drinks and gambling before returning home. (The saloon offered 21, craps, roulette, poker and slots.)

All of the students but Spratt eventually left the bar. One of them, Roy Spencer, who exited out the back, was struck immediately after, in the dark alley.

One or more of the establishment’s personnel tossed Spratt out of the rear door into the same unlit area. Somehow, he wound up with a 5-inch-long skull fracture that caused a subdural hemorrhage. He also suffered bruising on the back and one side of his skull and three facial cuts, on his chin, above his eye and on his nose.

The events leading up to him dying on the pavement differed, depending on who relayed them. 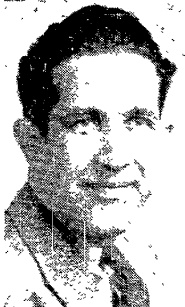 The police arrested the Carlton Bar’s co-owner, Sam Delich, and its bartender, Guido “Gene” DiIullo. (The other two proprietors were Sam’s brother George Delich and Franz Gersich). Sam Delich and DiIullo were charged with voluntary manslaughter.

Their trials didn’t take place until November of that year. In the interim, the Carlton Bar owners sold their business for $20,000 (about $284,000 today) to Stan Hanson, in June.

At the joint trial of DiIullo and Delich, the prosecution argued that the two were responsible for killing Spratt. They’d beaten him when evicting him from the bar, had tossed him out the back door and had left him for dead in the alley. One prosecution witness, Colonel William Steer, testified Spratt had been unconscious inside the Carlton bar after being struck several times by either DiIullo and/or Delich and, therefore, couldn’t have advanced toward DiIullo, a weapon in his hand, outside.

The defense contended that only DiIullo had hit Spratt, twice, and had done so in self-defense because Spratt had pulled a nail file or other sharp object on him when the duo had escorted him out of the bar. The defense also asserted that it’d been his head hitting the ground that had resulted in Spratt’s

demise. Nevada’s governor at the time Vail Pittman testified to the good reputation of Delich and DiIullo.

The jury acquitted Delich of manslaughter, but was hung, 10 to 1, regarding a verdict for DiIullo.

In March of the next year, 1947, the district attorney’s office tried DiIullo a second time. He again took the stand and recalled his version of the events.

“The three-day trial was featured by conflicting testimony regarding how and when the fatal blow was struck,” reported the Reno Evening Gazette (March 21, 1947).

After deliberating 11 hours, the jurors returned a not guilty verdict.

No one but Spratt paid, after all.

Time and time again, in these fatal historical incidents, the perpetrators were acquitted on the grounds of self-defense, and one has to wonder why. What do you think? Should DiIullo and/or Delich have gotten off like they did or not? Why?