In the Name of Charity 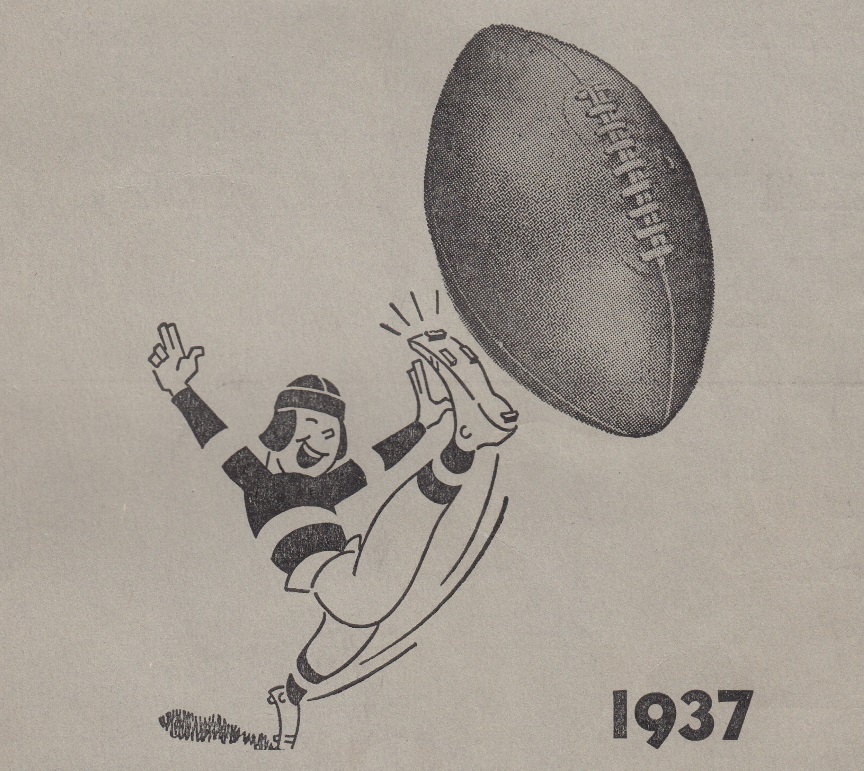 The Great American Football Pool (GAFP) of 1937 was to be of massive scale and the first of its kind in the U.S.

The organizers aimed to sell 3 million tickets at $1 apiece and award sizable prizes: $100,000 to the first place winner, $50,000 to the second and $25,000 to the third in addition to 2,100 other weekly awards totaling $424,500. And similar to the popular Irish Sweepstakes, which many Americans participated in, a percentage of the proceeds — 10 percent, or $300,000 in this case — would go toward building a children’s hospital in Reno, Nevada.

“Americans generally, however, associate the Irish Sweeps with charity, never with rackets, and until recently the great lottery has run without a single sharp glance being cast in its direction,” wrote Fred J. Cook in A Two-Dollar Bet Means Murder. “It is made to appear that the huge Irish Sweepstakes pot is divided 75 percent in cash prizes returned to the winners, 25 percent to the hospitals in Ireland.”

For the GAFP, San Francisco, California resident, Charles Warren, formed a Nevada corporation, obtained the requisite gaming license and opened a Reno office, where all operations had to be carried out to be legal.

“We will not have any solicitors in any other city and positively will not use the federal mails in any way. We believe, and so do leading lawyers in Reno, San Francisco and Los Angeles, that there is nothing illegal about the pool,” Warren told the Nevada State Journal (June 17, 1937), emphasizing that it was not a lottery or sweepstakes, which are illegal under state and national laws.

In terms of how the pool was to work, participants would select a number with each ticket they purchased. That figure was their guesstimate of this: the total points to be scored by 40 specified U.S. college football teams throughout the upcoming season multiplied by the total number of games all teams cumulatively would play.

The first place prize would go to the ticket holder who guessed the correct number. Second, third and subsequent awards would go to the individuals with the next closest guesses.

Not in the Business Plan
GAFP ticket sales started in September. Within two weeks, bunco squad police in San Francisco, California arrested Warren, two employees and three promoters of the pool, one of whom, Jack Ferdinand Van, police said was the operation’s mastermind.

They were charged with theft conspiracy for selling tickets outside of Nevada. Officers said the football pool was being operated as a lottery and was arranged such that it would be impossible for anyone to win the first prize.

These arrests led to an investigation in Reno, in which it was discovered GAFP Inc. had sent tickets via car to sales representatives in San Francisco, Chicago, Atlanta and Van Horn (Texas) and tickets had been sold in nearly every state. Also, GAFP Inc. hadn’t secured any property for the hospital.

During the trial for the three men arrested in Reno, the state contended that the football pool was a lottery scheme. The defense claimed it wasn’t and had been approved by the city and county authorities when they granted licenses. The jury acquitted the three defendants.

Meanwhile, a San Francisco grand jury indicted six men on two charges each: conspiracy to violate the California lottery law and conspiracy to commit grand theft in operating the GAFP. These individuals included Van, three promoters and two employees. Interestingly, Warren, the president, wasn’t among them. All six pleaded innocent when indicted.

The jury found the two employees not guilty but convicted the remaining four. Of them, the judge sentenced Van, the pool leader, to a two-year prison term in San Quentin State Prison in light of his previous record. The three promoters were placed on probation.

The Great American Football pool turned out to be not so great.