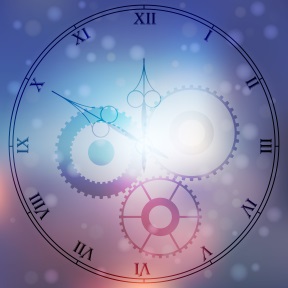 Casino owners balked when the question of going on daylight saving time (DST) arose in Nevada in 1949.

Gamblers’ Outcries
Charles Mapes, owner of the Mapes hotel-casino in Reno, made a few arguments:

• “It’s difficult to put on a floor show at 9 p.m. with the sun just going down. A spotlight can’t compete with the sun when it comes to showing an attractive star to best advantage. It cuts the glamour. She should be in a bathing suit at that time of the day.”

• It caused restaurant patrons to alter their eating habits and all crowd the restaurant at the same time, creating problems.

Raymond “Pappy” I. Smith, co-owner of Harolds Club, also in Reno, cited loss of business, saying casino owners would “lose their shirts unless the clocks stay put” (Nevada State Journal, May 6, 1949) and were united in this opinion.

He said his casino had lost $1,000 ($10,000 today) per night the previous year due to DST, which had been effected due to a power shortage. This year, his business couldn’t withstand such a hit as revenue had decreased 56 percent. He pointed out that another club was $70,000 in debt ($707,500 today), primarily due to the influx of California visitors having plummeted the summer before.

Playing Hot Potato
By Nevada law (as of 1946), only the governor had the authority to call or not call for daylight saving time each year. Yet in 1949, Governor Vail Pittman left the choice to each of the 13 counties because “the heads of the local county and city governments are in a better position to know the needs and desires of their people in matters of this nature than is the governor,” he said (Reno Evening Gazette, May 2, 1949).

Immediately, in April, counties began deciding. White Pine County opted to begin DST on April 17. Elko County followed suit, choosing a May 1 start date. Nye and Esmeralda Counties planned to spring forward on May 15. Likewise, based on a slew of requests for it, Washoe County tentatively agreed to DST effective May 15 pending formal approval.

When the Washoe County commissioners next met, DST opponents, including the casino heads, made their cases against a time change. Then District Attorney Harold Taber informed the governing body that, after conferring with state Attorney General Alan Bible, the two had concluded the counties lack the power to proclaim DST legally.

Consequently, Washoe County reversed its stance and tossed the issue back to Pittman. Ormsby County (now Carson City) did the same, accusing him of “passing the buck” (Nevada State Journal, May 3, 1949).

Time Change Fallout
Pittman’s final word was he wouldn’t proclaim DST on a statewide basis. This left 4 counties with their clocks already set ahead or about to be and the remaining 13 counties on standard time.

“It was presumed that the counties can remain on daylight time as long as they want to — although such action by commissioners is not legal technically,” noted the Nevada State Journal (May 10, 1949). “In other words, as long as nobody raises the point legally, any county can adopt daylight time — or any other time system — it wants if its residents are satisfied.”