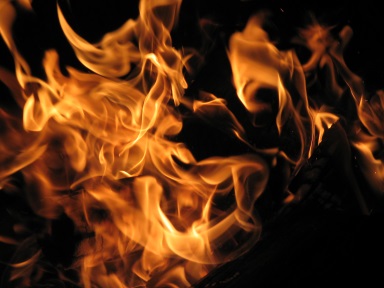 The Den opened its doors in spring 1949. The proprietors — Donald A. Bentley, John R. Hope and Robert M. Colahan — likely were hoping for at least as long a run as their predecessors’, nine-plus years, when the property was called the Louvre. But it didn’t happen.

In mid-September 1949, from the basement of that Reno, Nevada saloon/gambling club, a burglar punched a hole in the wall near the door, reached in and opened the lock. After entry, he stole a cash box said to contain $586 (about $5,900 today) in cash and checks, a valuable watch and an agate ring.

The next month, a seemingly unprovoked assault occurred. While a Fallon resident, Francis N. Coolbrith, talked to the bartender in the club, around 7 a.m., a stocky man in his early 30s punched Coolbrith in the face, fracturing the bone below one of his eyes.

The next year, on New Year’s Day, a man named Lloyd McCrorey entered The Den at about 5 a.m. A short time later, gunshots hit him in both legs and severed his right pinkie finger. The victim told officers he didn’t know who’d shot him or why, and all patrons claimed they hadn’t seen anything. Police identified the weapon as a German Luger from the spent shell casings but not the shooter.

Too Much Crime
When The Den’s gambling license came up for renewal, Chief of Police L.R. Greeson recommended denial because the establishment, in his mind, was a nuisance. The determining body, the Reno City Council, concurred in a unanimous vote.

Bentley, the principal owner, protested, arguing he hadn’t been warned of impending trouble.

“That’s putting us out in the street without enough money to get out of town,” he said.

Mayor Francis R. Smith responded, “I think you are aware of all the reasons the license was not renewed.”

Bentley pleaded for a special permit, at a minimum, so he and his co-owners could operate the bar for a bit longer to make enough money to leave town.

The council members said no, meaning the enterprise had to close immediately.

Hot Way Out
Six hours later, at about 1:15 a.m., a small blaze broke out in The Den’s lowest floor. The fire department extinguished it easily and concluded it had been manmade and ignited in a pile of boxes.

About two hours later, while firemen were questioning Bentley, a second, larger fire erupted in the same room, that one gutting the building and damaging four adjacent businesses.

Authorities, who suspected arson, conducted numerous interviews. Witnesses said little, only that they’d smelled gas fumes just before they saw the fire, which they described as scorching and fast spreading.

“We seem to be dealing with close-mouthed individuals,” Fire Chief Karl L. Evans said, adding that the inferno hadn’t been a rekindling of the first and, too, had been set deliberately.

Also suspicious was that someone, prior to the flames, had emptied The Den’s slot machine’s coin box. That had required removal of the back paneling, which appeared to have been done carefully but replacement of it, haphazardly.

In spring, the operators of Benetti Novelty Co., a slot machine and juke box distributor, Louis Benetti and Jack Douglass, sued The Den’s proprietors for payment on four unpaid notes totaling $6,540. Douglass, also the landowner, asked the court to terminate his lease agreement with the trio, which they’d breached by not maintaining their liquor license.

The defendants failed to answer the suit, therefore, a judgment was entered by default. Judge William McKnight ordered them to return the property to Douglass and to pay the plaintiffs $8,000, including attorneys’ fees and interest (about $80,000 today).

Financial Recovery Fizzles
In July, Bentley, Colahan and Hope sued the New York Fire Insurance Co. and the Orient Insurance Co. of Connecticut because neither had paid on The Den’s policies. They asked for $10,000 from the former for damage to the club and $1,000 from the latter for lost inventory.

The insurance companies filed a demurrer, or an objection that the insureds’ point was invalid. The judge, though, overruled it and mandated they reply to the complaints against them within 15 days.

They did, noting The Den owners hadn’t submitted the requisite itemized list of items lost in the fire within the stipulated 60 days following the event. They hadn’t provided any records at all.