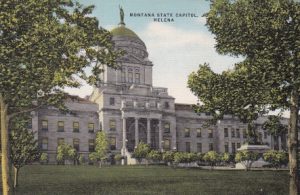 Ten years after Nevada legalized gambling and shortened the residency requirement for divorce from six months to six weeks, Montana took steps to compete. Bills to legalize gambling and to allow 30-day divorces were introduced to the state legislature.

Neither made it through, leaving dude ranchers and many others upset about the potential economic boon for which such laws likely would have allowed.