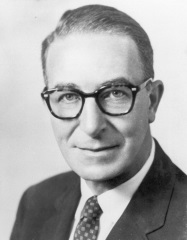 Senator Carey “Estes” Kefauver (D-Tenn.), the driving force behind rooting out illegal gambling and organized crime in the United States in the 1950s with his famous eponymous committee, decades earlier had taught math and coached football at the high school in a city where illegal gaming was allowed and rampant from the 1860s to the 1960s — Hot Springs, Arkansas.

Kefauver, who’d just graduated college, spent only a year in the gambling hotbed before moving and attending Yale Law School.