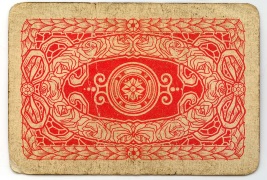 The Los Angeles city jail was likely the only legalized casino in California, with gambling taking place daily to a shocking extent, declared Faith Chevaillier, a woman whom President Chester Arthur appointed to evaluate U.S. institutions.

Gambling in the joint should be prohibited, she added, but only after some moral activities are instituted to occupy the convicts’ time; many inmates had told her that gambling had kept them sane.

Photo from freeimages.com: by maladie