How Do I Cheat? Let Me Count the Ways (Part II) 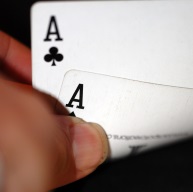 (Part I ran last week. If you missed it, it’s available here.)

Bias Alleged
However, Brown was automatically disqualified from hearing the case. This was due to Nevada Gaming Control Board (NGCB) member, William Sinnott, alleging via an affidavit that Brown, also of Winnemucca, possibly was biased against the tax commission as he’d ruled on the side of the Thunderbird hotel in Las Vegas when its gambling license was in contention.

The commission also was concerned Brown had become too close to Mackie and Henton when they’d owned the Mint Club casino in town previously.

“I’ve been booted off the case for an asinine reason,” Brown said (Reno Evening Gazette, July 30, 1958). “Frank Petersen [NGCB’s counsel] called and said he felt I was disqualified because a lady who has been my neighbor for 30 years owns a half interest in the building in which the New Star casino is located. I told Petersen that if that reason is valid, I can’t sit on any case because I have had friends here for 50 years.”

Legal Sparring Ensues
In August, District Judge John F. Sexton of Battle Mountain, Brown’s replacement, stated the license revocation was too strict, and as such, he lessened the penalty to closure of only the 21 game for 60 days and covering of the dice table for 30 days with time served taken into account. Mackie and Henton still could operate the slot machines.

Petersen, attorney for the gaming regulators, called the alteration “improper and prejudicial,” pointing out that Sexton must have determined cheating had taken place or he would’ve reversed the revocation (Nevada State Journal, Dec. 11, 1958).

Petersen appealed to the Nevada Supreme Court. In mid-August, that court sided with the tax commission, granted its motion to stay Sexton’s order, or in other words, reinstated the license revocation and casino closure.

One Last Tack
Mackie and Henton, however, continued to fight. Foley asked the high court to dismiss the tax commission’s appeal of the district court decision that eased the revocation order and, instead, to allow a motion for re-hearing of the testimony in the lower court.

That effort, too, was unsuccessful as the Nevada Supreme Court in September said it, not the district courts, was the final arbiter on appeals concerning state gambling regulation orders.

Foley again appealed to the higher court, the second time asking the revocation be overturned because evidence had been lacking and insufficient for the penalty to be imposed initially.

In court in December, the justices asked Petersen how the tax commission could function in a judicial capacity when there was a dispute over which witness to believe and the commission itself had not observed the witnesses. (Before 1955, the tax commission directly heard all hearing testimony but that duty was transferred to the NGCB when the legislature created the entity that year).

Petersen replied that the commission has the record of the gaming board hearing and determines the weight and credibility to be accorded to the various accounts.

Out of Gas
In January 1959, the Nevada Supreme Court found that Sexton’s order to reduce the penalty was administrative rather than judicial. It also determined a reasonable cause for the revocation had existed. The final ruling was that Mackie and Henton’s gambling license for New Star would remain cancelled for the requisite year, and it was.

In February, the tax commission granted a gambling license to Sumner and Doris Kirkby to operate 20 slot machines at the club. The next month, it approved Roland I. Benum of Las Vegas to run blackjack and dice games there, too, with a $25 table limit, a restriction that in July was removed.

In December 1960, Harold Larraguetta invested $40,729 in and assumed control of the entire casino operation, which he ran for four years.

Photo from freeimages.com: by Steve Roberts