How Do I Cheat? Let Me Count the Ways (Part I) 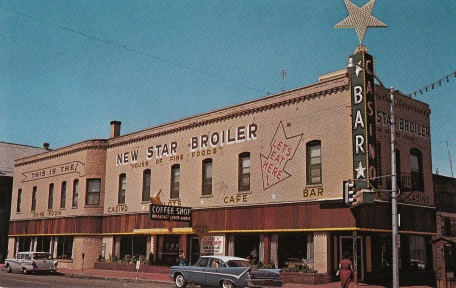 Casino workers at the New Star allegedly were caught in flagrante delicto.

In April, a gambling detective — Michael MacDougall from New York — conducted a statewide, in-person survey of various gambling entities upon the request of Robbins Cahill, head of the tax commission, Nevada’s gambling regulatory agency at the time.

In May, Fred Galster, an agent for the Nevada Gaming Control Board (NGCB), which investigated all cheating complaints, played the game at New Star for hours, and he, too, noticed the same deceitful activity.

• dealing seconds = dealing the second card in the deck

• bubble peeking = bending the top card slightly to glance at it

• bridge = bending a card so players unconsciously cut at that card

• false shuffle = passing cards through a shuffle without rearranging their position

During the 1950s, Nevada gaming authorities cracked down on cheaters, typically revoking the gambling licenses of the casino operators, thereby closing their establishments for a year. This was to portray to outsiders, federal lawmakers in particular, that the industry in The Silver State was honest and clean. One might argue they were extra vigilant during 1958 because Robert F. Kennedy was working diligently and blatantly to eradicate racketeering throughout the U.S., and gaming was an obvious place to root out such underworld activity.

Defense Offered
The NGCB ordered New Star casino’s operators — Brent Mackie and Kenneth Henton — to appear at a hearing to show cause why their gambling license should be maintained.

At the proceeding — during which MacDougall, Galster and numerous other people testified — New Star’s defense attorney, Thomas Foley of Las Vegas, denied his clients were guilty and asserted the NGCB had failed to prove the cheating charges. The primary defense was that MacDougall’s findings weren’t credible and, therefore, he wasn’t either. Foley argued MacDougall  had:

Despite the discrepancies, though, the Nevada Tax Commission pulled Mackie and Henton’s gambling license in July, closing New Star’s casino.

But this isn’t the story’s end. Check back next Wednesday for the finale.