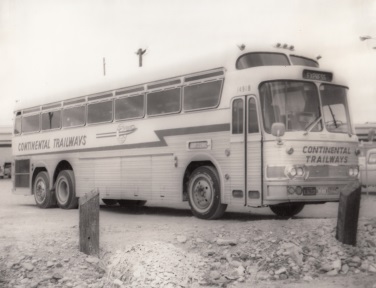 When executives of Caesars Palace in Las Vegas, Nevada hosted 12 people from Kansas City in 1969 as part of a gambling junket, it unexpectedly backfired.

When their guests, after four days at the resort, boarded the plane to return home, Clark County sheriff’s deputies arrested all of them on charges of vagrancy because they were believed to be Mobsters or associates.

“Catering to persons of notorious or unsavory reputation or to persons who have extensive police records reflects or tends to reflect discredit upon the State of Nevada and the gaming industry and is a violation of the regulations in that it is an unsuitable method of operation,” the NGCB’s complaint noted (Nevada State Journal, June 13, 1969).

Throughout the 1960s, these strategic trips brought hundreds of thousands of tourists to The Silver State to gamble. Under this type of arrangement, an employee or, most often, an independent operator, frequently out of state, found people with a good credit rating and a desire to gamble (some casinos required that visitors be able to lose $2,500) then transported them to a hotel-casino for a few days to play. The gambling licensee assumed all costs of transportation, meals and accommodations in the hopes the guests would lose money — lots of it — in his casino. The junket organizer received about $50 per person per junket.

“The casinos spend millions for the trips from as far away as New York and try to recoup the money from patrons at the gambling tables,” reported the Reno Evening Gazette (February 17, 1967).

If a junket gambler exceeded his credit, the casino might give them a marker, or written IOU. Typically, the coordinator, or junketeer, was responsible for collecting that money for the casino once the guest got home.

Cheating, Extortion, Murder
The lack of rules governing these trips led to abuses by junketeers. Some were involved with organized crime. Some enlisted people who couldn’t meet the credit requirements, then loaned them money at exorbitant rates. Some skimmed off the debts they collected before turning the money over to the casino. Via phone, some threatened junket participants who owed money.

In early 1970, the Nevada Gaming Commission (NGC) proposed regulations that addressed these problems. Soon after, Harry Otake, 46, who’d facilitated many gambling junkets from Hawaii to Las Vegas and Lake Tahoe hotel-casinos, was found lifeless in the trunk of a car, having been strangled. Police theorized that gangsters had murdered him, gamblers who’d lost significant amounts or from whom he’d attempted to collect on debts. Robbery was another possible motive, as Otake allegedly had $95,000 in his possession before his death.

Shaken by this homicide, NGC members got all casinos in the state to stop voluntarily all junkets run by non-employee agents until governing rules could be established.

Nevada Takes Control
That same year, after months of discussions and six drafts, the NGC adopted a rule calling for punishment, even potential gaming license revocation, of any casino doing business with unsavory junketeers.

In 1972, the NGC added further stipulations, which comprised Regulation 25. Among them, all junketeers, now called independent agents, had to register with the NGCB, and licensees could work only with those whom the board had approved.

All junketeers, now called independent agents, must register with the NGCB and provide certain documentation, including a copy of the agreement between the agent and the gaming licensee, financial info if the agent is to give money to the licensee and a designation of secondary representatives. Licensees had to report quarterly what agents they’d worked with during the previous three months.

Some minor additions in 1992 aimed to ensure agents and licensees were made aware of the rule’s requirements. Regulation 25 remains in effect today.

As for Caesars Palace, for some reason, the state dropped the matter, leaving the resort’s shareholders free from reprisal.