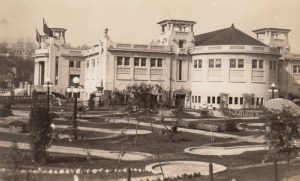 Early casino photo, when the landscaping was still immature, 1930s

After Chilean President Carlos Ibáñez del Campo, in 1928, authorized creation of a gambling house, Viña del Mar (translated as “vineyard of the sea”), a city on the country’s Pacific Coast, spent $6.5 million ($95.6 million today) on having such a place built.

The facility, which featured three sizable roulette and baccarat rooms, a cabaret, theater, library, ballroom, restaurant, bar and encircling garden, was described as “an institution that rivals Monte Carlo, Nice and the other great gambling resorts of the Riviera in a beautiful seaside setting, architectural splendor and the sumptuousness of the Casino appointments,” by Iowa’s Daily Fairfield Ledger (March 26, 1931).

“The tourist tide is said to be moving toward South America and this progressive country has decided what will be most attractive to American dollars and is now all set for the harvest,” added the newspaper.

Quirky Casino Controls
The target customers primarily were foreigners. Tourists easily gained entry upon showing their passport, and Chileans residing in other provinces had to show their identification cards.

It was harder for the locals to get in. To do so, residents had to petition for admission formally and have their request officially recorded. Then their financial status was investigated and based on the findings, they were allowed or denied entry.

Among those in the community, certain groups also had to obtain written permission from a third party — for women, it was from their husband, and for business clerks, and bank employees and officers, it was from a company superior.

The Regal Touch
High-profile outsiders visited the Viña del Mar resort to play games of chance, dine and dance. For example, Prince George, Duke of Kent and his brother, Edward VIII, the Prince of Wales (later king in 1936) spent time there while on a tour of South America from January to April 1931. 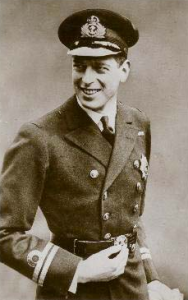 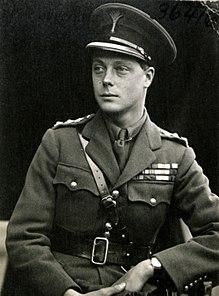 Prince George didn’t fare as well with that game, gaining $60 ($970 today), or 800 pesos, but had a good run with roulette, leaving with several thousand pesos (he didn’t count his winnings).

“The playing of the royal highnesses gave the casino just the tone it had to have to be a success, and without a formal order being issued by the management, evening dress and tuxedo became the mode,” noted Wisconsin’s Steven Point Daily Journal (March 31, 1931).

In Recent Times
In 2000, the Casino Municipal de Viña del Mar was designated as a historical and architectural place of interest. Later in the decade, the structures were refurbished, with care taken to preserve the classic look, and overnight accommodations were added to the property in the form of the Hotel del Mar.

Today, no longer city owned and, instead, held by the company Enjoy, the casino is called simply Viña del Mar.