Stanford University’s (California) Indians and Southern Methodist University’s (Texas) Mustangs were to vie in the Rose Bowl football game on New Year’s Day, and this meant trains of people traveling from The Lone Star State to Pasadena.

Texas officials warned any gamblers with ideas of operating games of chance on those trains that special agents will be on board to curtail such activities. (The game odds favored the Mustangs, yet the Indians won, 7 to 0.)

Photo from freeimages.com: by J. Hodge 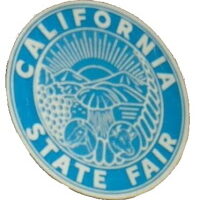 An Offer That Was Refused